​Coven of the Rising Serpent 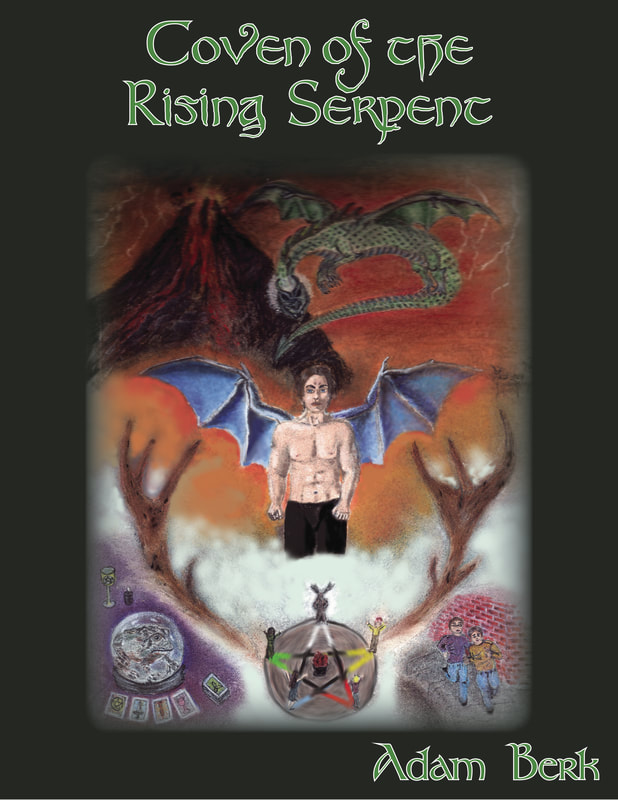 My finished and amazing, but as yet unpublished novel about shapeshifting dragons and the witches that love them in 2003 San Diego.

Long ago, dragons ruled the world.  There were the naga, who bred and enslaved the small, feeble creatures that would come to be known as humans, and the garuda who devoured naga and human alike in their relentless drive for dominance.  Then the gods came along and sent the naga and garuda off to the hellworld of Patala, leaving the humans in charge.  Or so they think.

Ten thousand years later, in the Southern California community of Santa Carlita, a real estate agent tells his girlfriend he's really a shape-shifting dragon, the ancient Celtic god Cernunnos crashes a Wiccan gathering, and a witch's child is kidnapped by a shadow demon.  The Coven of the Crystal Frog is little more than a neo-pagan social club throwing meditation meet-ups and sabbat pot-lucks.  But soon the suburbanite witches find themselves struggling with ancient monsters and magical powers threatening to destroy the fabric of reality itself.